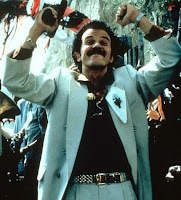 Long time no hear... Yesterday Txell, Handan, Thomas and I decided to play tennis at our "wonderful" Sportlife hotel in Elmshorn. The game was fun and we will probably continue that every week. Afterwards we had a dinner at T & T place and later on we went out!!! The whole Eimsbuttel-gang (Guillem joined as well). Wow! On Thursday! Like during study times! ;-) The main person who organized this going out is Cyril - a crazy French guy who parties a lot!! And because we have promised him we would go out on Thu for 3 weeks, it was time we did it!
The place was some after work party close to Planten & Blummen, quite cool. We met some new international people, and after having some beers (I had water) we decided we needed to dance. MISTAKE! The music was some drum´n´base crap but we gave a try. So after getting through a huge crowd, we ended up right below a huge loudspeaker so we were half deaf and you could feel the beat in your lungs. But that was nothing yet! Suddenly I turned and saw how most of the people there were performing a dance, which was like a direct copy of this crazy guy from "Black Cat, White Cat" dance. If you haven't seen the movie - you just have to see it. And on the picture you can more less see what I mean (taken from Google).
We laughed sooooo badly!!!
Around midnight we, the older ones, got tired and left home.
Friday morning at work was hard but somehow I survived the day. And of course the German course until 20.00. Then getting some groceries and meeting Filip (my brother) who came to visit for the weekend. By the way, it took him 45 min to find a parking spot around 8 PM. Cool, huh?

I'll write more during the weekend. Wish you a good one!
Upplagd av Karolina kl. 25.1.08