Oooohhh! It was so great to have a long weekend!!!
We started on Thursday evening with a dinner at Sandra's & Hans'. Sandra made so-called Käsespätzle - kind of pasta with tons of cheese and salad with pumpkin oil. We had some wine and later on we played Uno for a few hours. Girls against boys. And we won!!! :-) Hahaha it was fun to see Alex and Hans angry!

On Friday Alex and I went to Laboe - close to Kiel. A kind of summer spot at the coast. Very nice actually! There were so many people sunbathing, eating ice cream, fish sandwiches (I had one - mums!), etc.
Alex made a "tribute" to Russians in Egypt - dawaj krakadil! ;-) 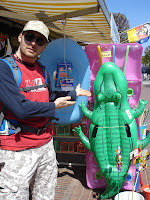 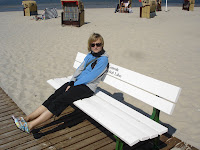 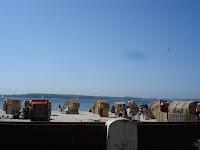 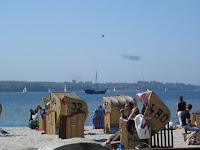 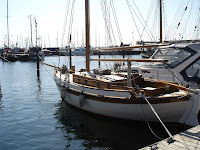 Friday evening we met with Johan and Jenny (and little Amanda) and Dennis & Aga in Othmarsen. We had dinner at Block House - sitting outside since it was so nice and warm. Later on we got tiramisu at another restaurant and went to J&J place for some tea.

Saturday was kind of like every other Saturday.. gym, a bit of cleaning, then some grocery shopping. There was Osterstrasse fest this weekend with the kitch selling, live music, beer gardens, sausage, crepes, lotteries, etc etc. We met again Jenny and Johan and walked around. Then Guillem joined us with Nadia (they are back after 3 months spening in Barcelona!!). It was great to see him again!! 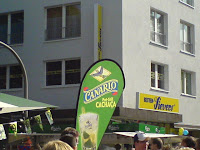 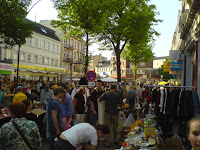 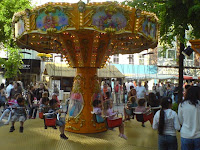 Then in the evening Alex went with Guillem to watch Barca game and I stayed at home and watched a dvd.

Sunday was rainy!!!! :-( (good for nature ;-) ).
We went for coffee and then biked to see Edgar Degas' exhibition at the Art Museum in HH. It was very nice, especially all the ballerinas sketches and paintings.
Now I'm inspired again for painting. But I guess it will take some time for me to do the "kick-off" ;-)
Upplagd av Karolina kl. 4.5.09