After few days on the idyllic Ile de Re we went to the South. Well, at least south of Bordeaux - to Mimizan-Plage at the Atlantic coast.
We stayed at a B&B 150m from the beach. The owners were really nice people and each morning we got our petit breakfast in the garden.
There was also Helga - a mini greyhound dog. Or rather a poppy. She was sooo cool and friendly.
The beach was perfect. Well, the waves were sometimes really big so it was a bit tough for Alex to practice surfing. But he didn't give up :)
Each evening I had a portion of seafood, fish or moules marineres. Lovely! And chilled white wine to that.
We read our books, jumped over waves in the ocean, biked around, ate well and listened to some outdoor concerts in the town each evening. 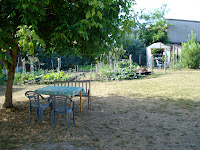 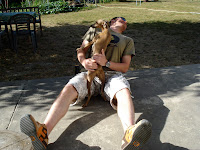 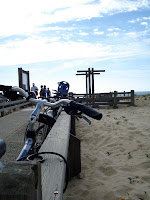 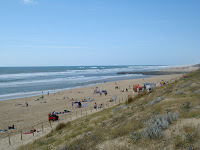 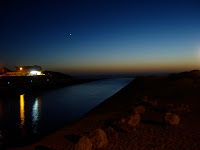 We saw also a flower iceland at the lake close to Mimizan. 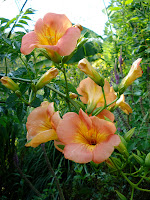 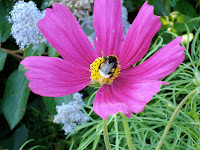 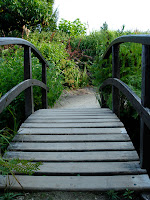 We had 3 days of a perfect weather, and the day we were leaving it started to rain. Perfect timing!! :)

From Mimizan we drove up North again. Our destination was Vouvray area - we stayed in Rochecorbon. I was in that region in 1994 so it was nice to visit some Chateaus and drink good Vouvray wine again.
Our landlord gave us a perfect introduction to what places to see so we visited 2 castles - one in Chenonceaux and one in Amboise. In Amboise there was Leonardo da Vinci's grave (by the way, French people pronounced his name in such a French way that you would almost believe that Leonardo was French ;), and we also visited his house where his studies were in Chat. du Clos Luce.

The view from our room: 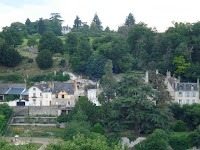 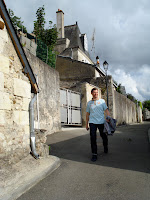 La Loire in the evening: 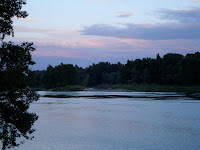 At the entrance to Chateau: 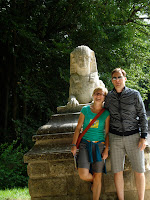 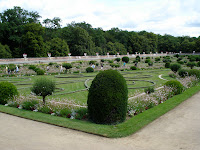 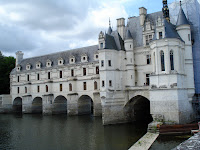 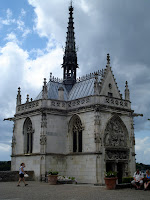 I'm a bit obsessed with photographing those: 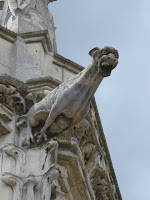 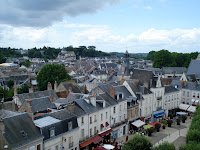 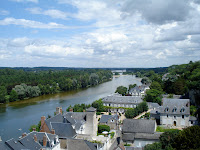 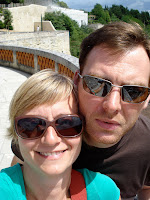 We also went to Tours, mainly to have dinners there. A very nice downtown, and so many restaurants around! It was a hard choice where to eat. 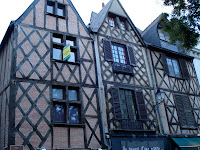 Our last stop was Vernou-sur-Brenne. Just on the other side of Vouvray.
The village was very small, but there were many wine caves - as on the map :) 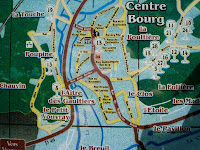 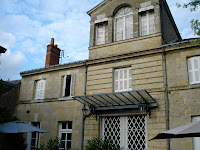 The last day was just a drive to Paris, returning the car and getting ready for take off.
The holidays were perfect!!! Maybe a bit too much baguette, jams and marmelades for breakfast, also quite weak coffees but what does it matter?...
We had fun and met so many nice people. Alex was doing great with his French.
Next time hope we can visit Provance, Marseiile and the surroundings.
Now back to work - it's gonna be hard. But maybe there will be some days in Göteborg in August. And for sure 4 days in Malaga.
Upplagd av Karolina kl. 25.7.10