They started 2 weeks ago, and now are over. It's good to document at least some parts of these vacations.
Met with Alex at CDG in Paris. Such a great moment to see him after 1 month break! We got our rental car - not Citroen 2 which we booked, but Skoda Fabia - still ok since it was 4 door car :)
First place we visited was Alex' relatives' in Coulommiers, not far from Paris. A cute little town, famous from their Coulommiers cheese (a sort of camembert, but with a milder taste. Mums!).
We stayed there 2 nights. Visited town, read books in the garden, did some jogging in the forest. Nice! There was quite mch practice for me (or rather listening) of Romanian again :) 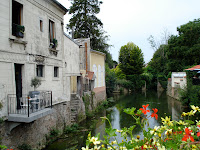 Our next destination was Nantes - to visit Alex' cousin Adina, her son Gabriel and boyfriend Gustavo. On the way to Nantes we had an obligatory visit to Le Mans. We spent there few hours, and Alex was in the 7th heaven since there was also a race of some old cars. I think he took 200 pics in Le Mans. I won't place many pics here - but be sure - they are all saved on our laptops. 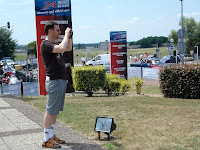 From Le Mans we went to Nantes. We stayed there for 3 nights. Spent a lot of time with Adina, went to see Pornichet at the coast and Guerande - a little cozy town, famous for gourmet salt manufacturing.
Gabriel - Adina's and Gustavo's son is the happiest kid I've met. He is so cool and so full of energy and he moves all the time. So much energy!!! I think he will be a climber since he climbed on everything he could. 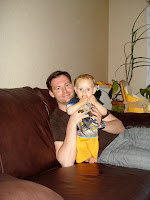 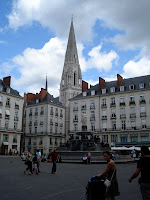 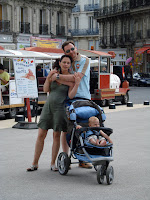 At the beach in Pornichet we had the first Moules dish. I continued with this dish quite many times afterwards as well :) 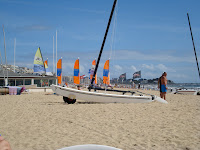 And in Guerande we had super delicious crepes. Mums! 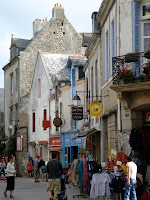 After those few great days, we went to Ile de Re. I was a bit afraid that we would have a bad weather - when we were in Nantes, the last day was so rainy, but when we arrived to La Rochelle and then to Ile de Re, the sun was there :) Puh!
We stayed for lunch in La Rochelle, a town before the bridge to Ile de Re. Cozy town. Many tourists though. It started to feel like vacations.
ile de Re was soooo beautiful. Most of the houses white with pastel colors of shades and window finishing. And there were flowers all over.
Here the entrance to our B&B. 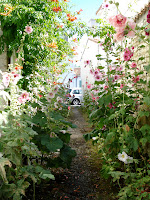 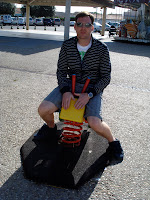 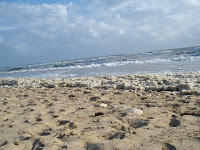 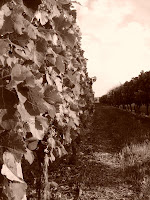 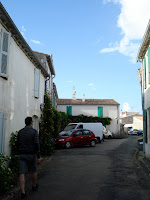 We rented bikes for 2 days and biked totally 40kms or so. We went to St. Martin - a very nice and cozy town. We also visited La Flotte and Loix. We stayed some hours at le Bois Plage. The only disadvantage was that we didn't take any UV cream when we biked so we sort of burned our faces and shoulders on the first day. Afterwards factor 50 was in use. 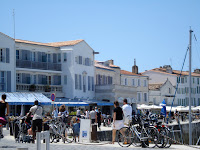 Salt collection on the way to Loix. 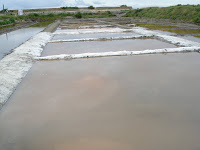