I went to Istanbul to give ergonomics training to my colleagues in our plant close to Ist. And since there were many people we had to split the training into 2 groups. It was in a way good cause I could also spend the weekend in Ist. And it was actually the 1st time I had time to see the city. Or at least some parts of it...

Alex arrived on Fri evening and afterwards we met with two of my colleagues. We went a bit around Bagdat stret - a long shopping and eating paradise ;-) Well, we just had dinner.

Saturday morning we went a bit around Uskudar district - close to our hotel. It is in the Asian side of Istanbul. It was nice and warm. Felt like late summer in a way. 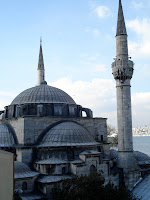 Then we met with my colleague who comes from Istanbul and she showed us a bit around. Alex actually has been few times in Ist so he has seen quite much and the most of historical places.
We took a boat to the European side and went to see Sophia church and Sultanahmet Mosque. Both are so beautiful!!!

On the way we stopped at Spicy Bazaar and afterwards we went to Grand Bazaar. Which is huuuuuuge!!! 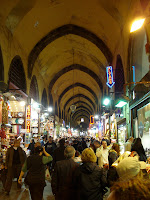 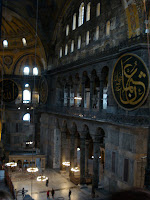 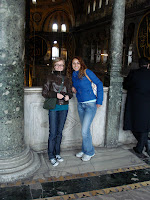 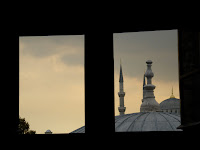 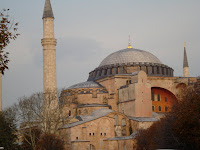 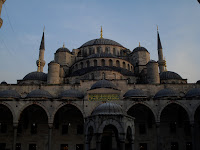 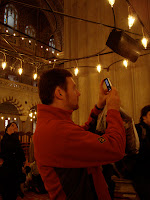 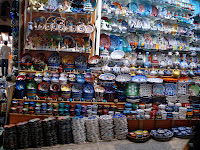 We had a late lunch in a famous "köfte" restaurant. Yummi!

In the evening we were quite tired so we didn't do much..

Alex left on Sunday morning. I decided to visit Topkapi Palace. Which is quite big so it took me few hours to walk around there.
Again it was a beautiful day. 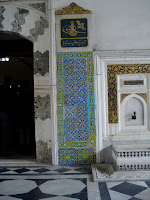 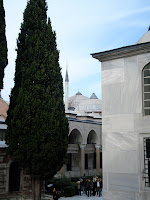 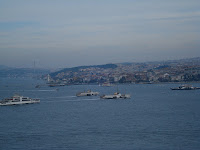 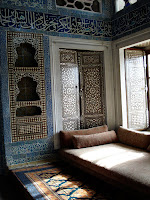 Afterwards I went around and had some fish lunch at the waterfront.
Saw some interesting architecture as well: 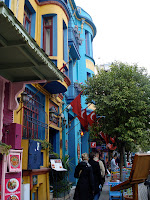 I didn't get to see some other important places. And neither Taksim - a huge and one of the most famous streets in Ist. Oh well... next time :)

My dad is in HH this weekend. Maybe we'll have dinner or brunch with some friends.
And next weekend - Göteborg!!! :-)
Upplagd av Karolina kl. 19.11.09