Long weekend in GBG and Fjällbacka

I was really hoping today that the volcano ashes would make some problems again and I would have to stay in GBG... Wishful thinking ;-)
I went on Thu before noon and came back today on Sun.
The agenda was quite tight but I managed with everything (well almost). On Thu I went t Jenny's and Iba's, we had a late lunch, talked for hours, it was great. I borrowed Tania's bike and biked like 5 years ago to work in Lindholmen. Except so much has changed!! There are so many new houses, buildings at Chalmers campus, etc. Amazing! And it felt so cool to bike there again.
In the evening - dinner with Dan and Leif. I picked a place and it didn't turn out to be any hit. But food was ok and wine as well :) Later on some beers at Jazzå.
Friday - a bit of shopping before noon. The day was sooooo nice!! Sunny and warm. After getting whatever was needed, I went over to Petra's and Magnus' place - we made some grill, many old friends came over. It was so nice to meet everybody again and spent some quality time. Mats - the BBQ master did also a perfect job! :) 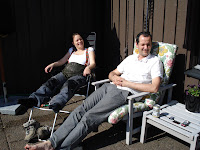 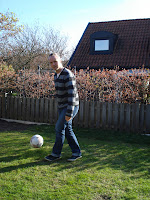 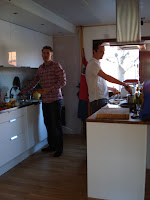 The only sad part of this evening was that Alex didn't make it from Budapest...He was supposed to land around 8pm, but called at 7pm to say that due to some accident on a highway in Hungary he missed the flight :(( The good part was that he managed to get a place on a flight on Sat morning. So he arrived (together with rain though) on Sat around 10am.
We had breakfast and Alex and I went to visit Tania and Jan in Fjällbacka. The trip was a bit pain in the ... ue to rain. Soooo much of it!
But when we arrived to Fjällbacka it stopped so perfect timing ;-)
We had some coffee and went for a walk in Veddö - Jan was the guide. 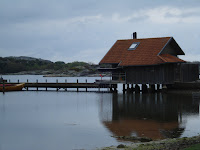 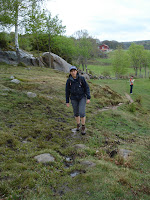 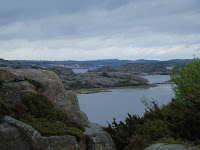 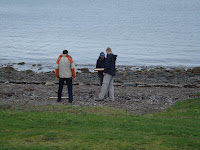 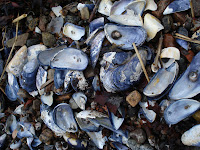 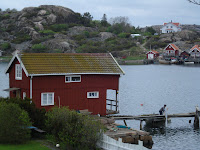 After this walk, we went "downtown" to have some refreshments. We decided that we would stay over night in F-backa and drive in the morning to the airport.
We were sitting for ca 1hr in a café at the pier. So relaxing and beautiful. 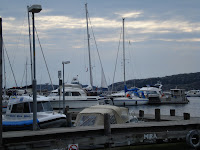 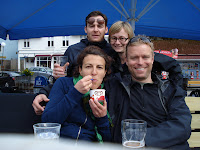 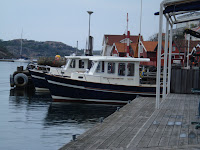 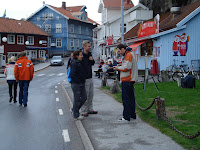 Then we went home and had a dinner with fish, potatoes, cheese and an apple pie. Mums!!!
A short digestion walk at 23.30 :)

This morning Alex dropped me off at the airport - my flight was at noon and his after 8pm. So we had a short fika at Landvetter and then he went downtown and as I heard met a friend of ours in Borås. Wow!
This was such a great weekend. I really didn't want to leave. And we are for sure ready to go back (well for me going back, for Alex starting a new chapter in his life) :)
Upplagd av Karolina kl. 16.5.10