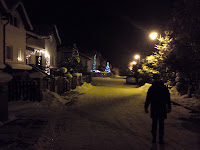 Then it melted when we went over to my grandmom's place... Xmas was nice. We saw Megi's little boy Maks. So cute! A lot of good food (too much!) and fun.
We left back to HH on the 27th Dec. Arrived home, had some burritos for dinner (no food at home) and on the 28th we left to Txell and Thomas to Barcelona.
What a change! After winter in the North we had pretty much +20C and sun everyday. Sooooo great!!!
We met with Monica on the 2nd day and had dinner in Mataro. 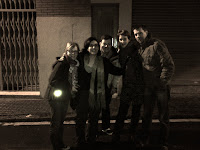 Txell was working until the 30th so we went with Thomas to BCN. There were many tourists all over but it wasn't sooo crowded.
We walked along La Ramblas, had some tapas, went to the beach and enjoyed the surroundings. 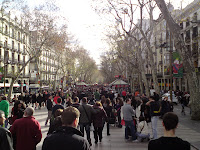 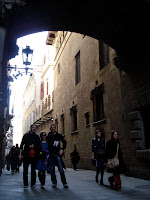 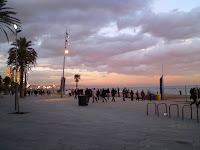 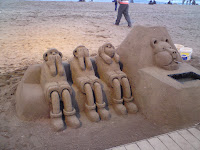 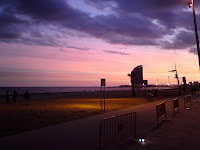 On the 31st the weather was still beautiful. But we spent most of the time in the kitchen cause we had to prepare some food for the party at night. Thomas and Alex made also some soup so we had nice dinner on the 1st Jan. I prepared two pies.
We left around 9pm to Txell's friends' place in BCN. The party was with her friends from the University. We had a lot of fun, dancing, talking, eating great food, eating grapes (Spanish tradition for the last seconds before midnight), etc. We were supposed to go to some disco around 02am but at the end we stayed until 04 at the party and then left to Mataro.
Here are the two handsome guys at the party ;-) 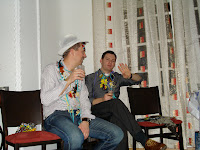 We got up at 13.30 on the 1st Jan. Well, we went to bed at 05 so it is not so bad...
After "breakfast" we took a walk to the beach in Mataro. Soooooo beautiful!!!
The weather was great and the air was fresh. The beach looks so nice. 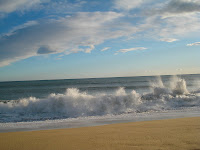 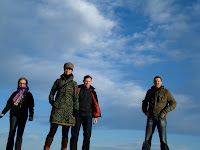 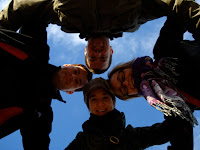 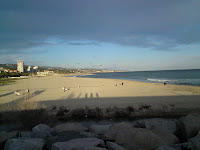 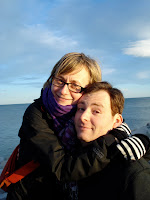 Then in the evening we ate the soup that Thomas and Alex made, and later on we watched a movie. The day was short but very nice.

We got up early on our last day, packed and left to Barcelona. First Parc Guell and then lunch close to the harbor in BCN. Lunch was a menu with paella as a main dish. We ate so much that we were still full at 10 pm when we landed in HH. 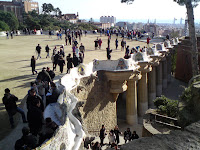 Now the first day of work this year is waiting. Hope this year will be great, full of challenges and great moments. Wish the same to all of you!
Upplagd av Karolina kl. 3.1.10